Design a site like this with WordPress.com
Get started
Skip to content
Izabella Zadra Reviews May 27, 2020 2 Minutes 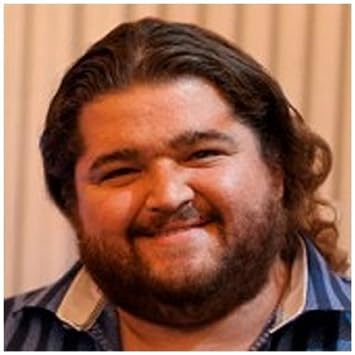 Hello…there is something I need to get off my chest….and that is that HURLEY IS THE BEST WEEZER ALBUM EVERY

Yes, I went there….something so controversial but yet so brave, but I will defend this album til the day that I die! Many of you are asking: Why? Who? What? When? Where? and even How? Lets get into it.

So….if you know anything about the music world there is this band called Weezer; they have such hit as, Buddy Holly, Beverly Hills and Island in the Sun. Well those songs are great, and come from pretty awesome albums…but none of them come from the 2010 masterpiece, Hurley…also known as one of Weezer’s worst albums…but I think this is because the Weezer fans are just getting old.

Now I am not out here trying to start shit and stir the pot, but come on. Weezer’s first album, The Blue Album, came out in 1994. This was a time where teens wanted something new and there were punk bands breaking the surface like Green Day and Blink 182. All their songs were about being a stupid ass kid or a teen who just wanted to cause trouble and be understood, that is the vibe that The Blue Album has and those 1994 kids ate…that…shit…UP!

Hurley has that exact same vibe; being a reckless kid who doesn’t have to think about their future but just live in the moment. BUT NOW ALL THE OG WEEZER FANS ARE OLD AND DON’T UNDERSTAND THAT HURLEY IS OUR BLUE ALBUM!

I am 18 years old and I think that is a huge factor of why I love and praise this album! Songs like Ruling Me, Trainwreaks, and Hang On are my freaking life right now!! It is me, my friends and a bunch of grown up things trying to eat us alive!

Lead singer Rivers Cuomo is talking about how he spends all this time with his buddies and those times are starting to fade because we are getting older and I don’t think I could relate to that topic on a stronger level.

The best songs on this album are Smart Girls and Ruling Me. Like I mentioned earlier, Ruling Me is about (to me at least) how you are just hung up on somebody and you can’t get them out of your head; that’s high school for ya! And Smart Girls is no joke just a banger; that song rocks so hard and is one of my favorite songs to just BLAST in the car with my little sister Celia who also loves it!

This album ends with songs Brave New World and Time Flies; a perfect end to a perfect album. We have had fun, but our lives are changing and those times are flying, but we will never let go.

As a conclusion, I love this album because it is my life in this moment, right now. Being 18, living in a crazy world full of masks, politics and other things I could care less about; not seeing my best friends for the last 3 months and thinking about that next step and weather we will ever see each other again. It is hard to say, but I have not come to my end of my album, I am not ready for Brave New World or Time Flies just yet…I think I need a little more time.

2 thoughts on “Hurley is the best Weezer album and nobody can change my mind!”