Design a site like this with WordPress.com
Get started
Skip to content
Izabella Zadra Books/Literature, Reviews March 31, 2020 4 Minutes 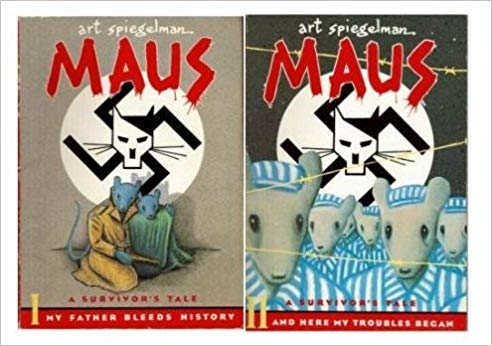 Written and Illustrated by: Art Spiegelman

When I first started my blog, I intended to review a lot more literature because believe it or not I am a total book nerd; well that never happened and I don’t think I have ever reviewed a book or a book series. Hopefully this goes as planned and you guys end up enjoying it.

I started to see this book in the eighth grade in my english classroom. I never thought of picking it up because this was the book that all the teachers tried to get the naughty kids to read simply because it was a comic book about war; at my school that naughty kids were ALWAYS into war.

I kept seeing it as I got older and once again, I guess I just never thought about reading the books until I got the series this last Christmas from my Aunt and Uncle.

Maus is about writer and illustrator Art, talking to his father, Vladek, about his time as a Jew during WWII who survived Auschwitz. The series won the Pulitzer Prize in 1992 being the first comic book to ever receive that award.

The series as a whole is an experience that everyone should have to go through. The power of love and hate really shine and always keep coming back to the overall relationship between a father and son whose family has been through so much.

So as I mentioned, this book is a survivor’s story of the Holocaust so I expected it to start like any other interview story: The son comes over and clicks play on his tape recorder and tapes the dad’s story and that is the book, just the story that was recorded; but these books are so much more!

Art tells not only his father’s story but tells his own story of the process of getting this story out of his father. His father is a special character who is cheap, neat, a titch racist and believes it is his way or the highway. It takes time to get the story out of his dad but in the end I think the bigger picture is how this brought the two of them not necessary closer to one another but to a better understanding of one another.

Stepping away from the story itself for a moment, the illustrations are breathtaking as well. All the nationalities are different animals and symbolically, the jews are mice and the Nazis/German people are cats.

I think this is just so smart and helps put into perspective the outlook the Germans had  on the jewish people. 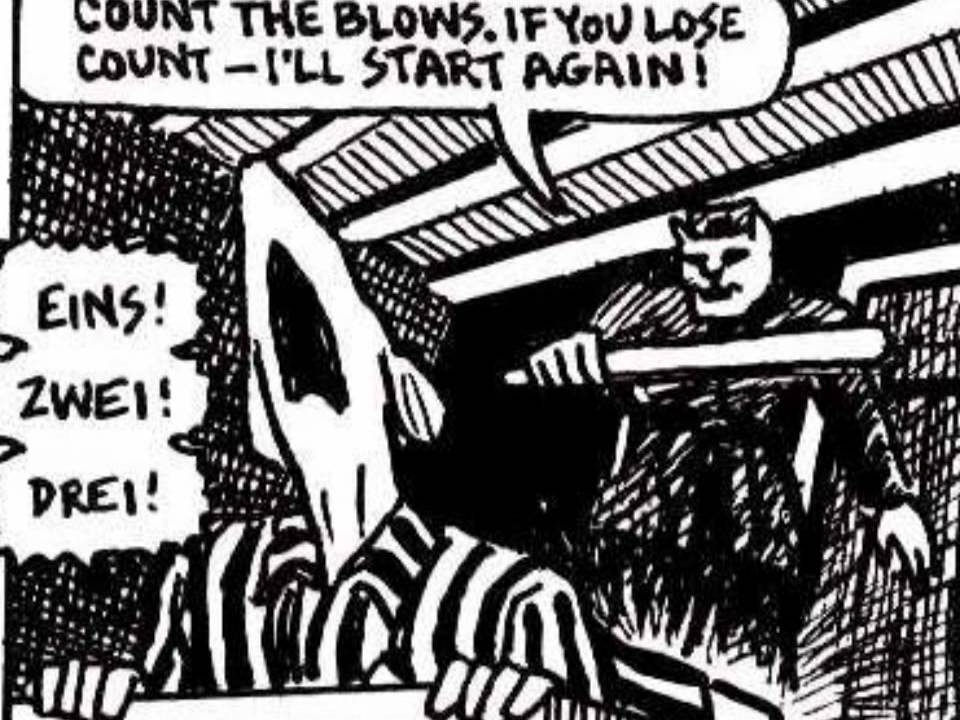 At the start of the first book, Art’s father starts to get personal and asks his son not to put this stuff into the book; Art promised he wouldn’t but of course he does. At first this made me feel like icky because he just lied to his father who was a freaking Holocaust survivor and I feel like he should have honored his request but once I finished the series I understood why.

There are so many books that talk about life in the Ghetto and during the Holocaust but most of them are things we already know; with this personal life story it makes you forget everything you know and learn it from a new lense.

The things that Vladek and Art’s mother, Anja, saw and went through is something I have a hard time even imagining! Seeing it through their eyes in this first hand comic makes it even harder but puts into that perspective of what these real live people did to survive and get through these times.

There was lots of controversy when this book was published because many people believed that it was too realistic and not child appropriate (the book is technically considered Young Adult); it was pushed to get banned.

After a long time of fighting, people realize that this book seemed so real was  BECAUSE IT WAS RAW RIGHT FROM A HOLOCAUST SURVIVOR!! Books like this might be hard to read for some people and they should be! This is the real deal and there are people out there who don’t want to expose children to this when it is completely normal for them to know about what the people they are living among have been through.

As you can assume, it was not banned for very good and logical reasons.

Overall, these have been two of the greatest books I have ever read. Just because it was in the format of a comic with mice and cats does not mean that it was any less raw or bone chilling.

Art did such a great job at not only telling his father’s story but incorporating how his life was affected by the way his mother and father functioned during and after the war.

I don’t know what type of scale to rate books on, so I am thinking 1-5; these books don’t deserve anything lower than a 6/5. It hits harder than anything you are ever gonna read in a textbook and I think we should all be thankful that this piece of true art is not banned.