Design a site like this with WordPress.com
Get started
Skip to content
Izabella Zadra Movie Reviews, Reviews January 31, 2020February 2, 2020 2 Minutes 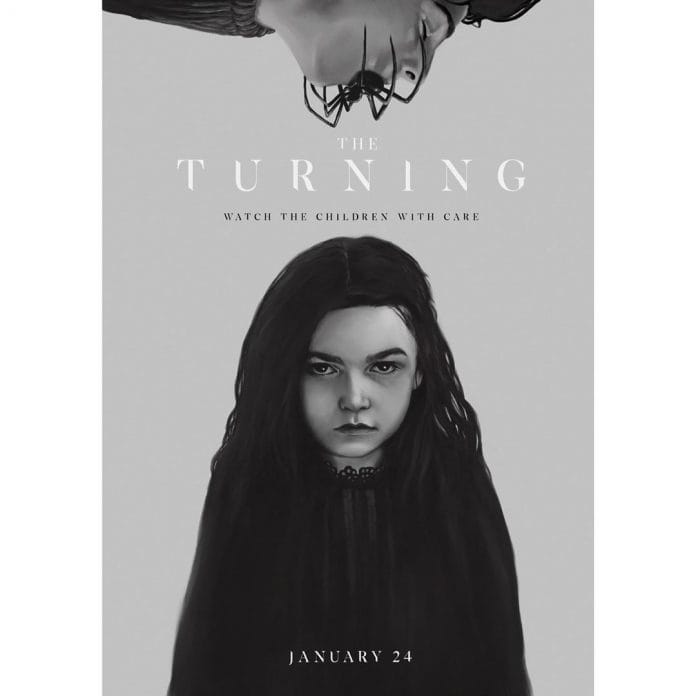 First movie I have seen in the year 2020 and it didn’t suck! The Turning was a trip and a half I will tell ya that, but there were so many good things going on that the trip wasn’t for nothing; there was actually some good logic behind it.

The Turning is based on the book The Turn of the Screw written by Henry James in the 1800s. Both follow the same story line but the movie took the basics and just ran with it and brought it to a new level.

New nanny, Kate is in charge of two orphaned children who live in like the coolest house in the world; these kids are anything but ordinary and Kate has to do everything in her right mind to find out what is going on and how she can get out of there.

The picture was really beautiful. Everything takes place at this really cool mansion and it is just huge and there are so many things going on in each room and scene that to have this really nice looking picture really enhanced that feel of creepy and cozy.

The best part of this film was the cast. Finn Wolfhard played the psycho older brother, Miles and was creepy as hell! To have seen Wolfhard play roles like Mike in Stranger Things and even play in a Weezer adaptation of Ah-Ha’s Take on Me and then seeing his whole demeanor switch in this movie was really freaking cool. Lots of actors struggle when they have played an iconic character (such as Mike) and then go play a part on the other side of that actors classic spectrum.

Brooklyn Price played the leading little lady, Floria and also put on a hell of a performance for only being 9 years old. She played as if she was full of fear but also on this sweet little girl lighter side that really made you think about the outcome of the movies.

The ending of this movie was wack! I will not give any spoilers but I guarantee you that you will have to go home and look up the ending. DO NOT DO THIS BEFORE GOING TO THE MOVIE CUZ THAT WILL RUIN EVERYTHING!!! You just need a little push to understand how this crazy yet brilliant movie ends.

Overall I thought it was quite entertaining and for being only rated PG-13 pretty spooky; it was a little slow at times and the ending could have ended…well better. Not saying that the ending was bad but once you figure out what happens you will be like ‘Oh… they could have dropped a few more little hints to help out my dumb ass.’

I would give this movie a 7/10 and would honestly go see it again.

One thought on “The Turning Review”