Design a site like this with WordPress.com
Get started
Skip to content
Izabella Zadra Reviews January 17, 2020 7 Minutes

The 2010s was a real trip guys. Lots of things happened, lots of things DIDN’T happen and lots of movies were made. In the 2010s over 9,000 movies came out in theaters and on streaming sites such as Netflix. I have only seen a small chunk of those movies but I have picked 13 of the movies from this decade that I just absolutely fell in love with. I want to make this real clear right now: THIS IS MY LIST AND MY OPINION AND I DON’T CARE HOW GREAT YOU THOUGHT GET OUT WAS OR WHAT A CINEMATIC MASTERPIECE MIDSUMMER WAS! THESE ARE THE MOVIES I LIKED ON MY BLOG. I DO WHAT I WANT….Thank you. Lets get on with the list.

Alright this list is already starting off in a very controversial way. This movie was instantly taken out of most theaters and many people were reported just leaving the theater. Now this movie was not like GOOD by any means but it made me laugh so damn hard.  I didn’t think it was that bad and I would watch it again strictly because it made me laugh and I love Will Ferrell and John C. Reilly. You can check out my full review right here.

Once again…this movie was not the greatest but it made me laugh AND I thought it was written very well. The reason I think the writing is so good because the whole movie is made up of small skits that are inside an overall big plot line. This movie does not get the praise it deserves because of the writing style and all the big names that acually made it into this movie (Chris Pratt, Hugh Jackman, Emma Stone, Uma Thurman, Justin Long, Seth Macfarlane and the list goes on). This movie is a horrible masterpiece and I stand by that. You can catch this movie on Netflix.

I was about 9 when this movie came out….and it changed my life (not the only movie on this list that has done that). Anyone who is reading this and is under the age of 23 understands 100% what I mean. The Diary of  A Wimpy Kid books were the coolest thing in the world when I was in elementary school and through middle school and even now as an 18 year old so when that movie posters came out…everyone in my third grade class shit their pants. This movie really brought Greg (the main character) and his family to life and built my childhood dream of my favorite book character coming to life. There were 2 more movies made with the OG cast (Rodrick Rules; 2011 which is the superior of the three and Dog Days; 2012) and every one of them did just such a good job at re-telling the stories from the book and putting them on the big screen. 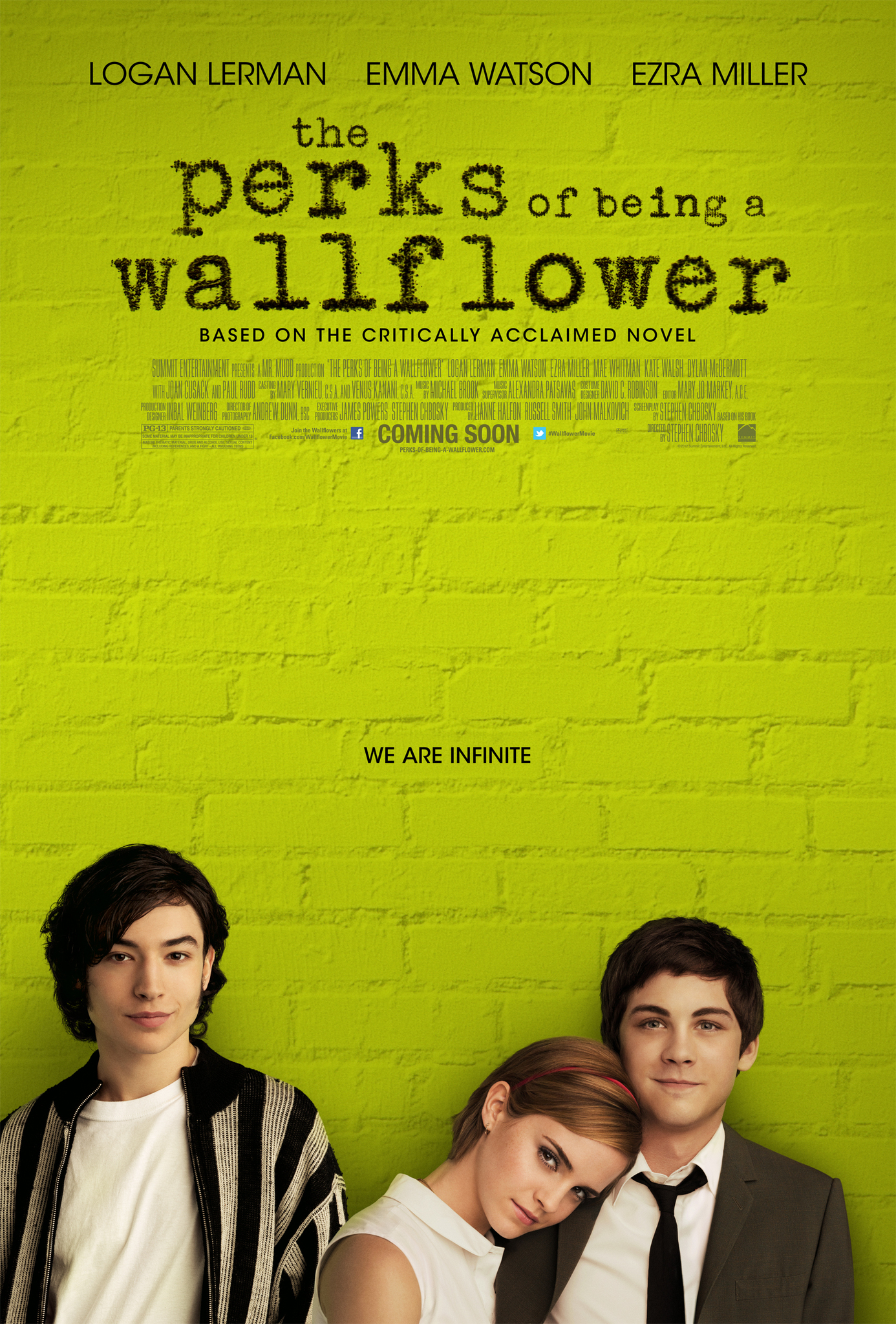 This is a total like, cry with your best friend teen movie and that is the reason I love it. It takes place in the 90s so you know it is good. It is about a freshman boy named Patrick who is just going through some stuff that no high schooler should have to go through and meets a group of older friends who are in the same boat. It is a real emotional rollercoaster of a movie but is just flat out a good movie. Emma Watson plays the role of Sam and just does a beautiful job; it is one of her greatest roles. Believe me when I say, I liked the movie way more than the book. 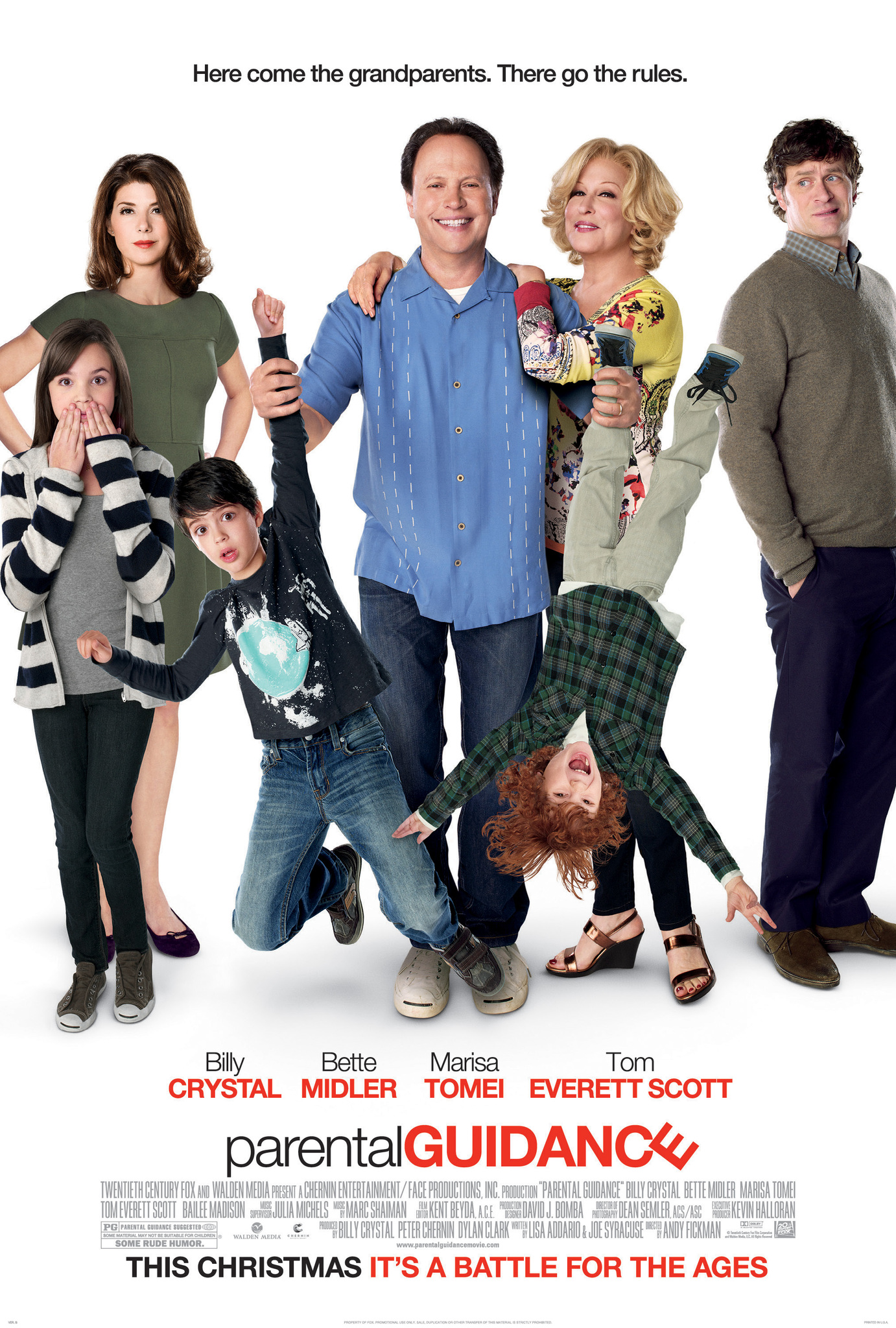 I love this movie for SOOOOOO many reasons! First, I am a huge Bette Midler and Billy Crystal fan, second it is hysterical and third is it a super sweet movie about family. Grandparents Midler and Crystal are called to watch their three grandkids who they haven’t seen in a  while and don’t know how to deal with their daughters crazy millennial way of parenting. Overall it is just a great movie and really makes me grateful for my own crazy family.

Hands down best ‘horror’ film of 2019. The reason this movie was so scary because it wasn’t about monsters or a haunted house but it was about a crazy stalker woman; something that could acually happen! The story was written really well and I was just on the edge of my seat the whole time. Octavia Spencer put on a fantastic performance and sold the role of MA; without her as the main character the movie would have been a flop. Check out my whole review right here. 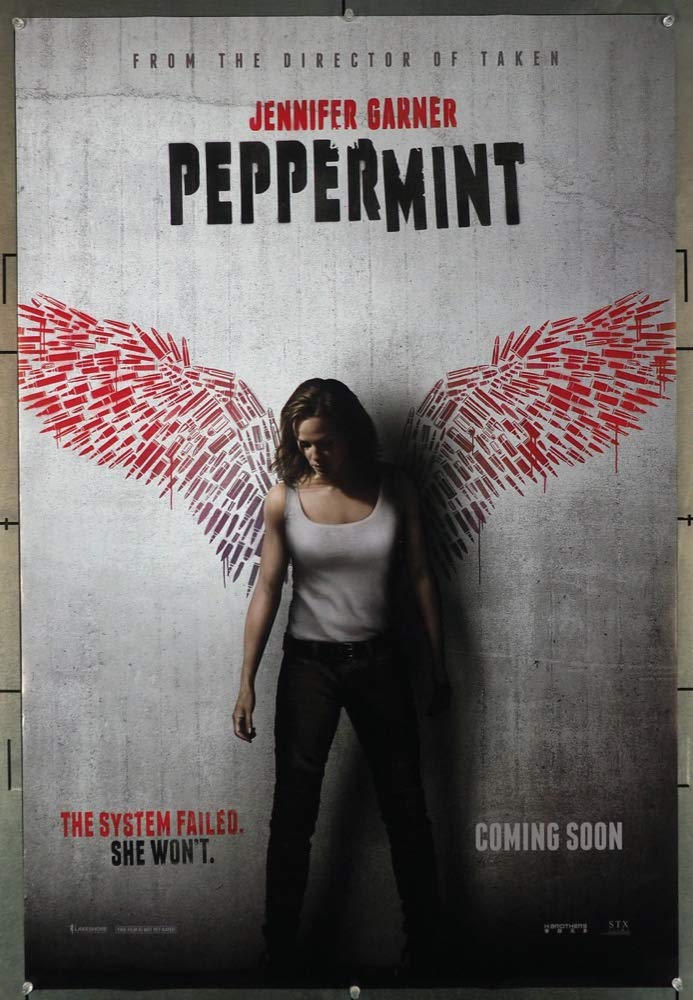 Peppermint did not get the appreciation that is deserved, like at all! It had some hard core badass female action, a plot line that slapped so hard it hurt and an ending that blew me away!! Peppermint, in short, is an action movie about a woman whose family gets shot and killed by ‘accident’ and she goes out to get revenge. It was such a cool movie. The camera work was really clean too which added that extra something to all the awesome action shots. 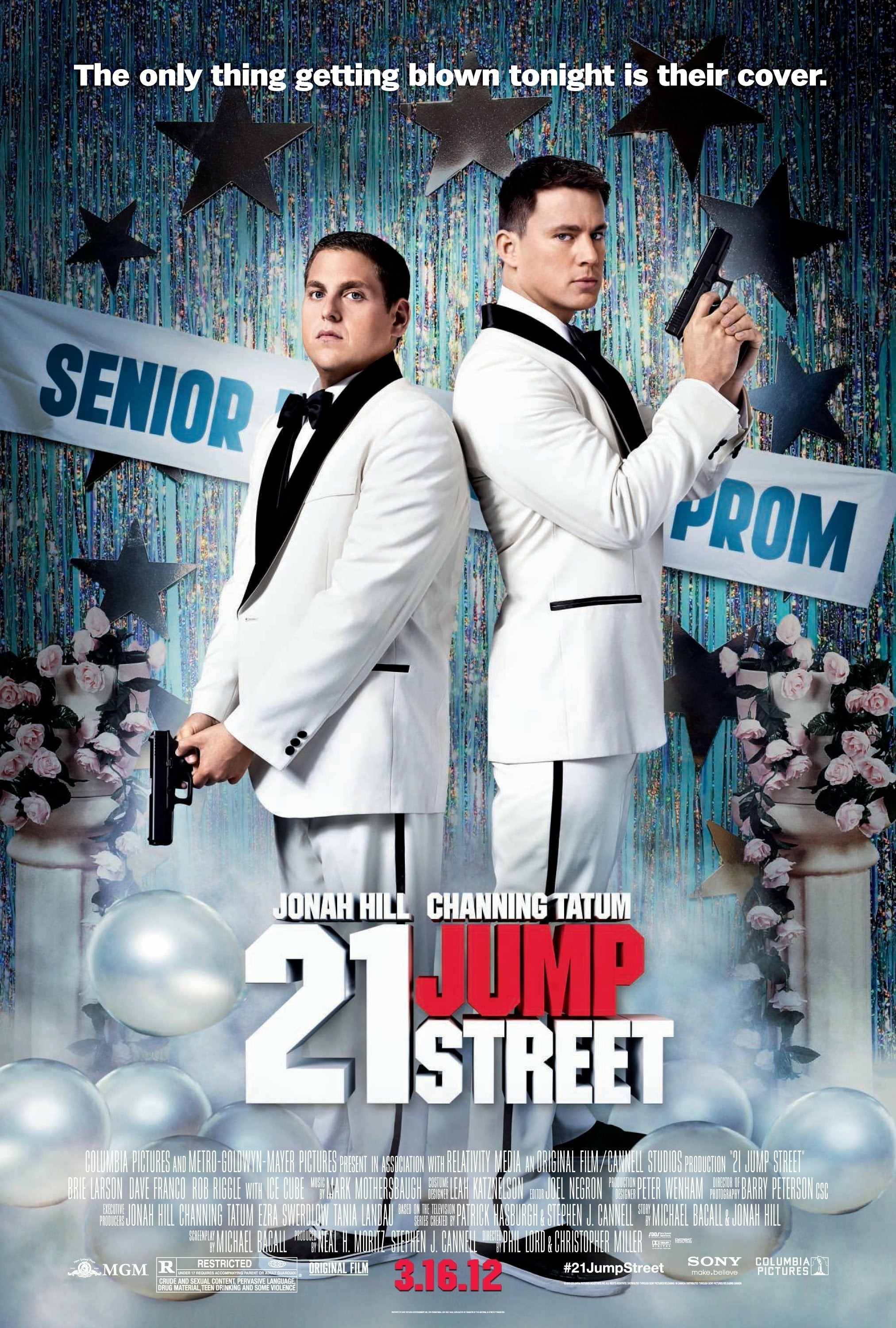 I’m a sucker for buddy cop movies and Joan Hill okay? I was obsessed with this movie for like a solid year when it came out and I could quote the WHOLE movie. This acually worked in my favor because when my 7th grade history teacher offered extra credit to anyone who could say their Miranda rights I was the only kid who got those points so that was pretty cool. ANYWAY this action packed comedy really make a good name for the OG 21 Jump Street tv starring Johnny Depp who even made an appearance in the movie. It is not always easy to make a movie about a tv show that aired 25 years before the movie but they somehow did it and I respect that. 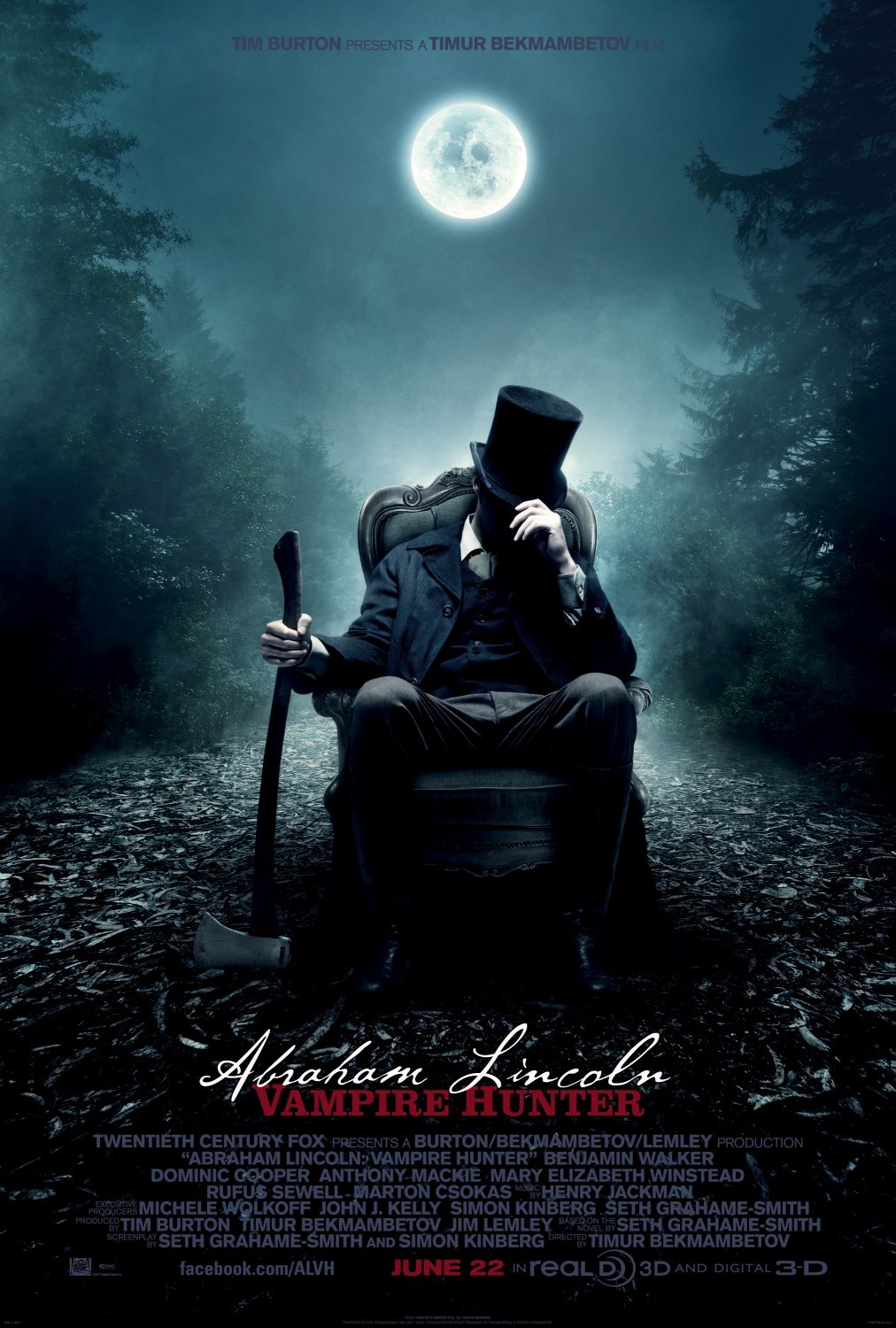 I mean…what do I talk about? This is one of the greatest and most brilliant films ever made and that’s all I have to say. Thank you. 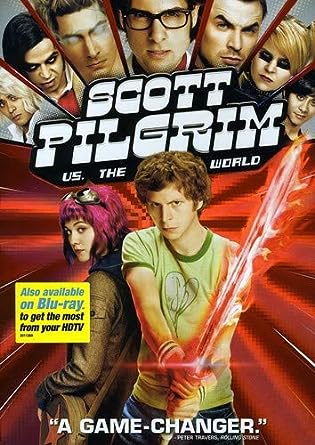 Scott Pilgrim is such an amazing movie not just plot wise but affect wise. If you are unaware of this movie, it is based on a comic book written by Bryan Lee O’Malley who uses every comic clique in the world to create this world and character of Scott Pilgrim. All these amazing things used in the comic were brought to life in the movie which is something we have really never seen before in the movie world. All the scenes in the movie have almost video game like qualities and those comic cliques and it is just a super kick ass movie. Check out the whole review right…….HERE! 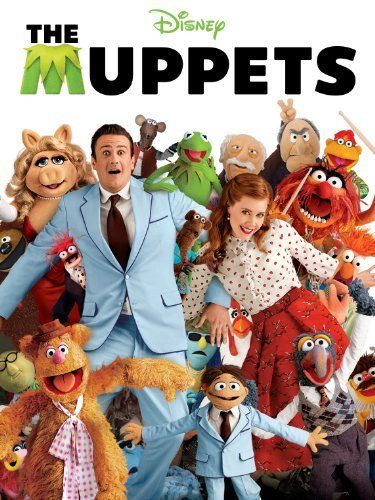 Remember how I said there was more than one movie on this list changed my life, this is another one. Before this movie came out, I was a 10 year old OBSESSED with the show How I Met Your Mother (still am obsessed) and Jason Segel not only played in both HIMYM and The Muppets but he also wrote The Muppet Movie and that blew my mind. The Muppet Movie was one of those that just made me happy because I was also a huge Muppet fan at the time too. It is such a wholesome movie about trying to get these classic shows back into kids lives opposed to all the crap on TV now. The greatest part of this movie is the music and I might even be bold enough to say it has one of the greatest soundtracks of all time. It is so good that when someone broke into my mom’s minivan and took all her hairstylist shears…ya know like $300 shears they had to AUDACITY TO TAKE MY MUPPET CD OUT OF THE CD PLAYER!!! YA THATS RIGHT, THIS HARD CORE THUG TOOK THE TIME TO CHECK THE CD PLAYER FOR A MUPPETS CD!! Overall this movie has everything and will always be one of my favorite movies. 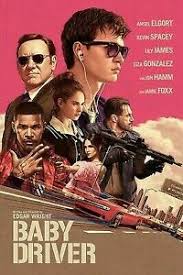 As a music and movie nerd….this movie was made for me. There are so many cool things going on in this movie it isn’t even funny. We have all the high speed chasing and all these illegal crimes but on top of that is an awesome main character with an amazing life soundtrack. The thing that I really like about this movie to and how it came to be. In an  interview with Edgar Wright, the writer and director of the movie, that appears at the end of the movie, he said that he got the idea from listening to a song and going ‘This would be a cool opener for a movie about a getaway driver’. It is a movie you can watch over and over again without losing interest and getting lost in the film every single time.  Wright talks more about his writing process for the movie in an interview with The Guardian. 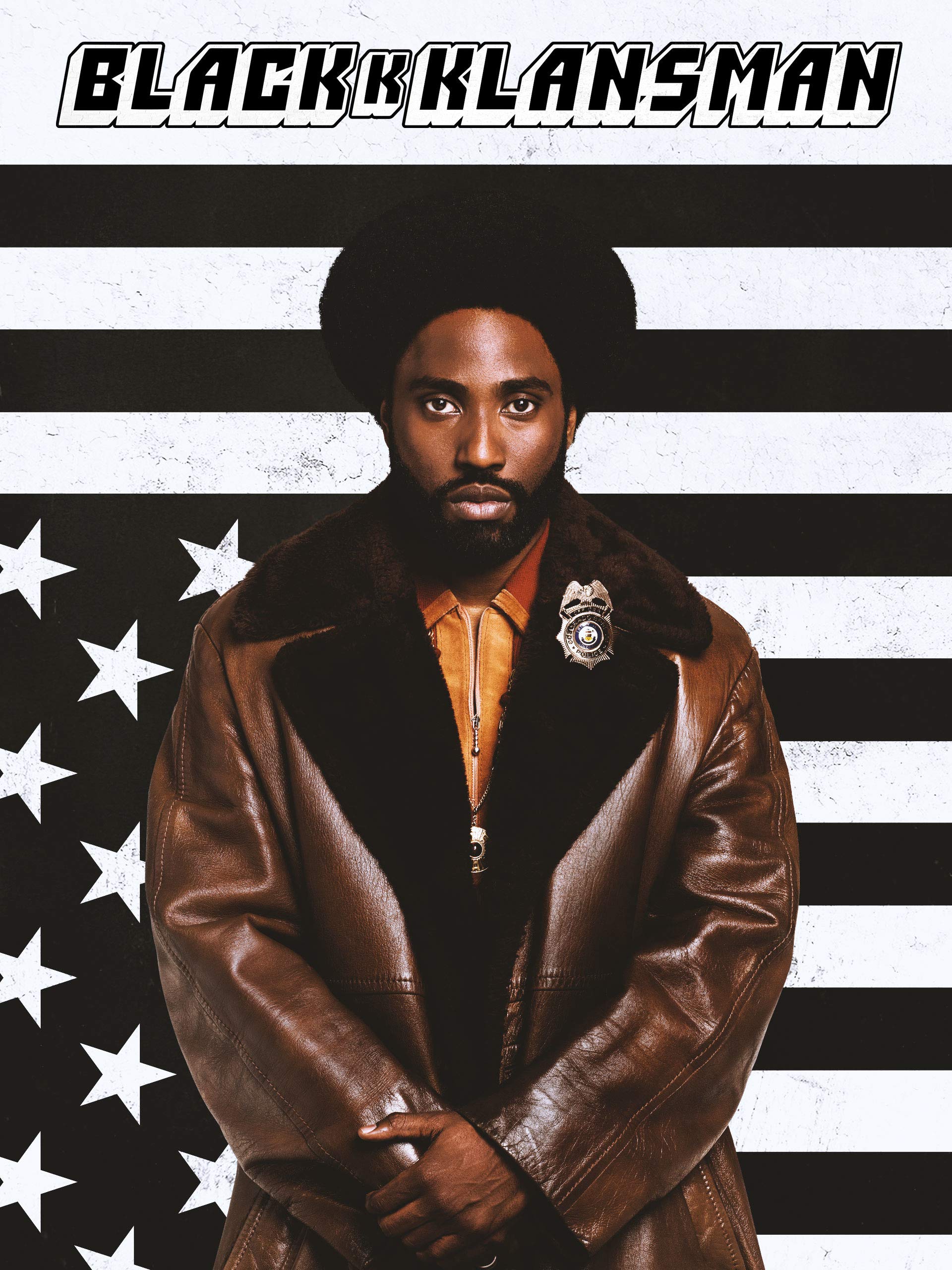 I wrote a full blown review on this movie (you can read it here) and it was the first movie I have written about and gave it a rating of 10/10. BlacKkKlansman is a true story about a black cop posing as a white KKK member. I didn’t know how I was gonna feel about this movie because I was a little nervous of it being bias towards one race opposed to everyone being treated equal but it was far from that. Throughout the movie there were different characters that represented each stand point such as white power represented by the KKK leader Topher Grace (yep Eric Foreman), black power represented by Laura Harrier’s character and equal power which was represented by main character Ron Stallworth played by John David Washington. This was a good way to go about things to show that we are all equal because Grace’s and Harrier’s characters just sounded silly when Washington’s character preached equal power. Writer and director Spike Lee really poured his heart into this film and it was really enjoyable to watch.

I hope you guys has an equally awesome decade in film. What are your favorite films of the decade and what are some movies you are looking forward to in the upcoming one? Comment below I’d love to hear!!!!