Design a site like this with WordPress.com
Get started
Skip to content
Izabella Zadra Movie Reviews, Reviews November 7, 2019 3 Minutes 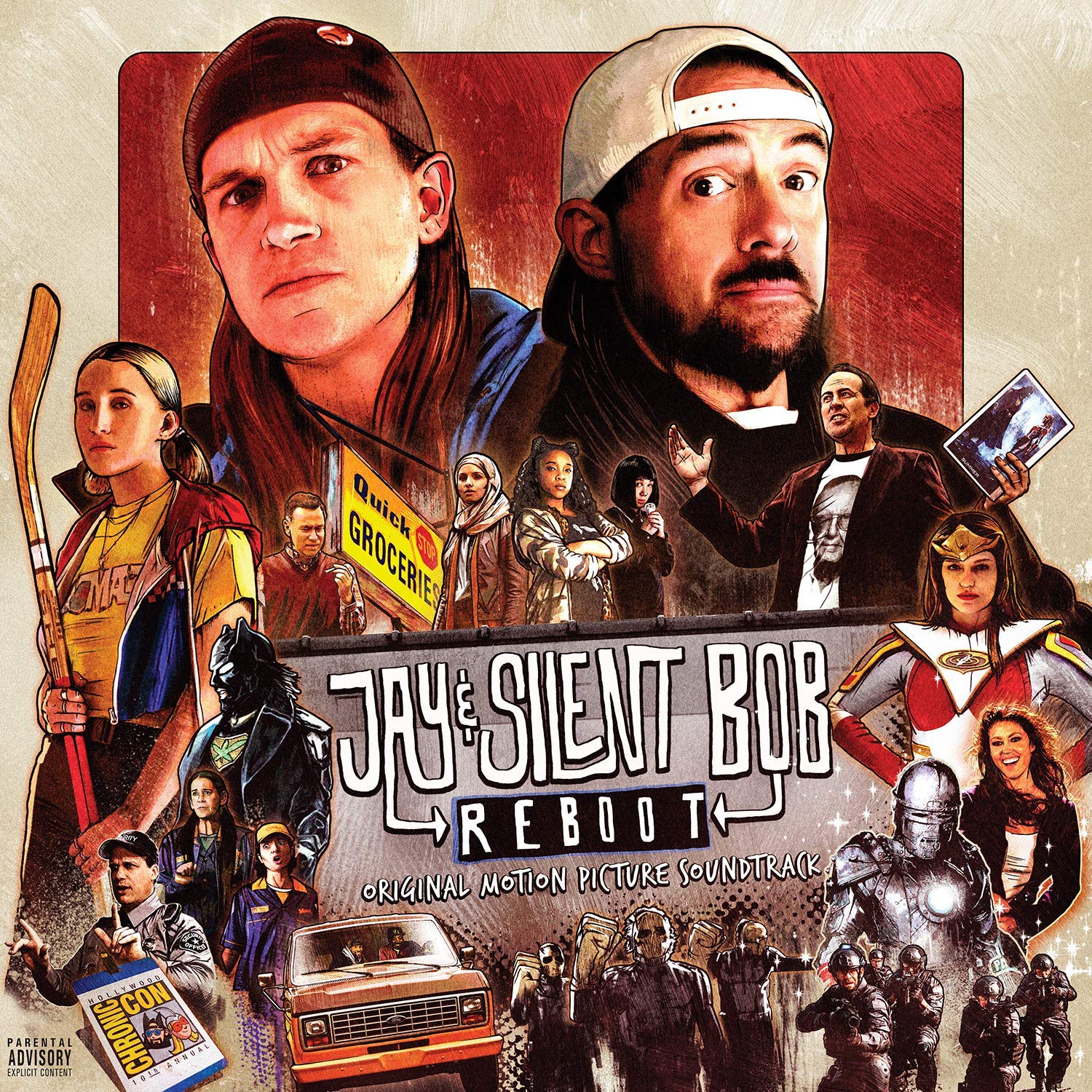 So if you personally know me, you know how much I love Kevin Smith and his work. He is my favorite director and my hero so it is not surprising that I had tickets to the Jay and Silent Bob Reboot Roadshow tour. It was the best $100 I have ever spent and I will tell you why.

This is obviously the reboot to the first Jay and Silent Bob movie, Jay and Silent Bob Strike Back. It is very important that you know this is a REBOOT and not a remake or a squeal.  A reboot is defined as something that had been revived. Everything about this movie was great. I was a little nervous due to the fact that Smith wanted to write this and get it out to the public ASAP because of his heart attack and most things that are done quickly are not done right, but this movie did not disappoint at all! I do have to say, if you are reading this and are lost because you don’t know what the words Kevin Smith, Jay, and Silent Bob are, then this movie is not for you. Smith strictly made this film for his fans and as a hardcore Smith fan I loved it. Everything was a joke that revolved around the OG Jay and Silent Bob movie or other movies in the Kevin-vers like Clerks, Dogma, Yoga Hosers, etc.

The way that 2019 was brought into this movie was done very well. To see Silent Bob use his cell phone a lot and that they knew how to use the internet in this movie was just really clean. Like it wasn’t done to attract and connect with the younger generation but was used to show how people who grew up in the 70’s, 80’s and 90’s are actually using this modern technology.

The story line for this movie was brilliant. Now there is no way in hell that this movie can even closely be considered a drama, but there were some pretty emotional parts in this movie that definitely tugged at my heartstrings. The whole plot is that Jay and Silent Bob find out that another movie is being made about the first movie they tried to stop so now they are going back to Hollywood to get this movie shut down. Well along the way Jay finds out he has a daughter played by Harley Quinn Smith and her and her best friend want to follow them to Hollywood. There are so many funny parts and some really smart writing that came along with this film. Also another cool thing was the amount of cameos in this movie. Almost everyone who has ever been in a Smith movie was in this movie so getting to see where all these characters are now was a really fun concept. Overall I really liked it and if you grew up watching Kevin Smith’s classic films like Clerks and Mallrats this movie is for you.

Overall I will honestly would give this movie a 10/10. I loved the story and I loved the way the movie flowed. It was just a really smooth ride and was just hilarious and gave me all the best qualities of my favorite Kevin Smith movies in one.

As I mentioned before, I did not only see the movie but I went to the Reboot Roadshow which was in a giant theater where Kevin Smith and Jason Mewes came to watch the movie with us. After the movie there was a Q and A which was pretty cool but after that is when things got super cool. I dragged my grandpa with me to this show and he is like to coolest so after the show I noticed the ally that lead to the back door of the theater. We stood out in this ally for like an hour and a half with a bunch of other crazy Kevin fans waiting for him to come out. We didn’t know what was gonna happen, but we had hope that something great was gonna happen. Well Kevin came out and I was the first one to meet him! It was the greatest day of my life. We talked and I gave him the script to the TV show that I am trying to write. It was a great moment and to meet my hero and talk about my passions with said hero was literally the coolest thing ever. He told me to keep writing and kept calling me kid which just blew my mind. It was the greatest and I really wanted to share this with you guys at the end of my review. Just to know that Kevin is just as nice as I wanted him to be is awesome and to know that he has some of my writing is even awesomer!!! This is also a thank you for my grandpa for taking me and standing in a cold ally for almost 2 hours. Like I said, he is pretty freaking cool.