Design a site like this with WordPress.com
Get started
Skip to content
Izabella Zadra 52 Week Movie Challenge 2019 August 6, 2019 2 Minutes 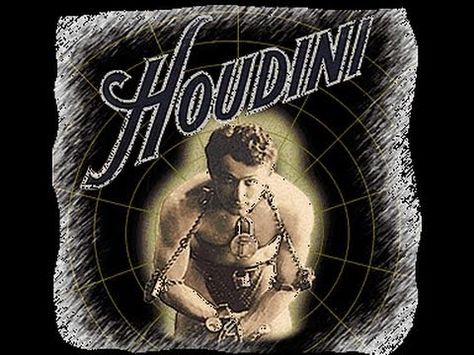 So this is something different then what I normally do but I wanted to mix the last two weeks together for one SUPER BLOG POST! Week 30 was a movie with magic and Week 31 was a documentary. Thank you mom for this idea! Now something else different is that this is more of a book report than a review this week. Because this documentary was an episode of a TV show it would be more a review of the show and only seeing this one episode wouldn’t be fair to the review. So now I present you with my review/book report/history lesson about Harry Houdini.

If you are unaware of who Mr. Houdini is, he was a magic man who really perfected the definition of magic. Harry was born in Wisconsin and his family was very very poor. His mother and father tried so hard and Harry saw this so he decided that he wanted to help his parents out. He went into town one day and started to do his begginers magic for the townsfolk. He mother later found him and thought this was a sweet jester but told him he would not make any money doing this. At that moment Harry grabbed the hat he had been collecting his money in and told his mother to look inside. She didn’t see a pennie, just as she expected. He then muttered the words “Shake me” and as she did so almost 10$ us coins flew from his clothes. As a thank you for helping the family out, Mrs. Houdini bought her son a really magic kit and lets just say the rest was history.

Houdini would perform in towns and attracted many due to his extreme magic. This included him getting out of a straight jacked, tied upside down in a locked chamber of water; pretty damn impressive. He would do these shows for all the immigrants coming over because he compared his straight jacket to his life in the USA. He could get out of that sticky situation and be brought to freedom just like all the immigrants.

Another big trick was that he could be punched extremely hard in his stomuch without any problems. But one day a boy asked his if he could punch his with all his might and without the time for Harry to get ready the boy punched his causing his death on Halloween 1926.

Harry always said that if someone could come back from the dead that it would be him. His wife took this to heart and after his death held seances and other parties like that for TEN YEARS in hope that she could once again connect with Harry.

Overall Harry was an awesome guy and I am glad that I didn’t really review this short documentary but got the chance to just share his coolness with you guys!