Design a site like this with WordPress.com
Get started
Skip to content
Izabella Zadra Miscellaneous Reviews on Miscellaneous things May 21, 2019 3 Minutes 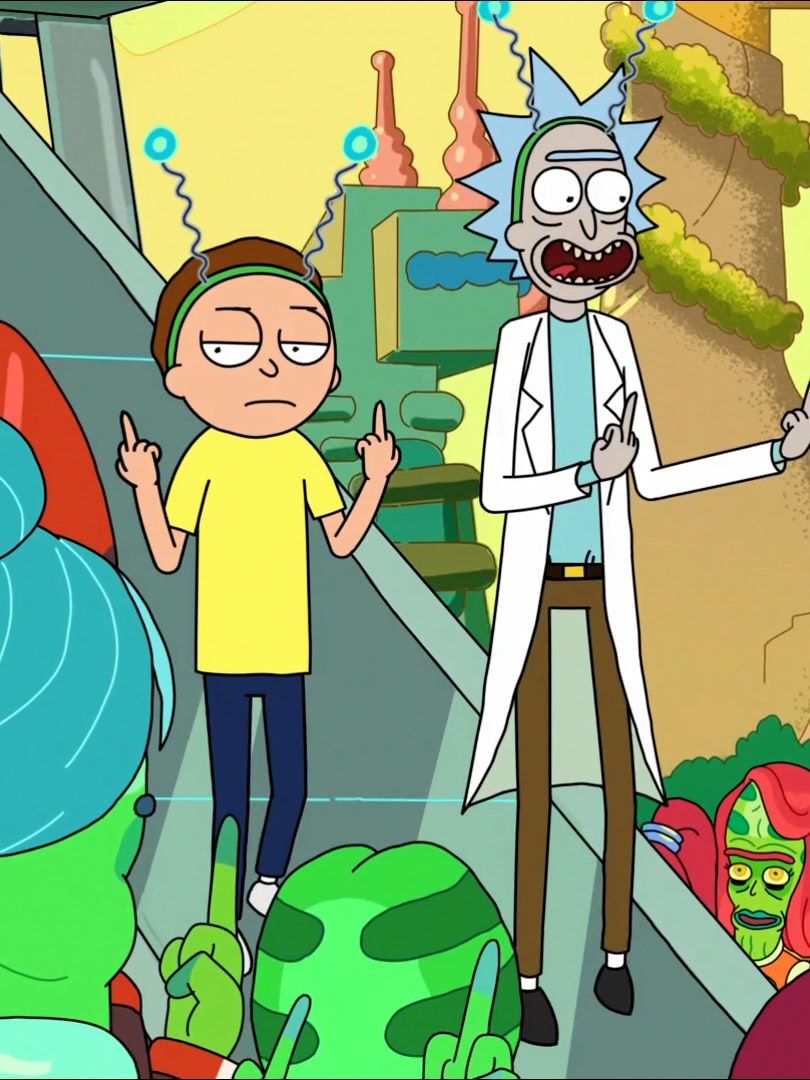 So at the beginning of this week, Adult Swim dropped a video releasing the date for season 4 of the awesome show, Rick and Morty. Us fans have been waiting so freaking long for this season to be announced due to the last season ending in October of 2017. Rick and Morty season 4 is set to drop in November of 2019 and to celebrate this event I wanted to acknowledge the top 5 episodes of Rick and Morty.

Morty is a nervous nerd that just wants to get his crush Jessica to like him and dance with him at the annual Flu Season dance. After telling Rick his dilemma, Rick comes up with a love potion for Morty to give Jessica. It ends up working, but almost a little too well when Jessica sneezes and get the potion into the air. Everyone falls madly in love with Morty and Rick has to come in and save the day by creating another potion that accidentally turns everyone into bugs. If you do not watch Rick and Morty you are probably very confused but yes… this is an actual episode of a show that is on TV. I love this episode because many shows have episode like this…but I don’t think I have ever seen any of those other shows end the way this episode did.

Now, Pickle Rick was a solid episode, but this is my favorite episode in season 3. I think it is absolutely hilarious because they take real concepts from superhero movies and add the idea of parody to them. I like all the stupid superpowers that heroes have and how they all have these super crazy and chaotic backstories. The idea that this episode is also kinda built in the structure of SAW is hilarious. Finally, Noob Noob is one of the greatest minor characters of all times and Rick was right to like him more than Morty.

The reason I grouped these two together because I want to praise them for the same thing. These two episode are Rick and Morty watching different TV shows from other dimensions and all the shows they watch are improvised by creators Justin Rolland and Dan Harmon. Being a nerd and in an improv group myself, these episodes are pretty impressive. The skits are making fun of your normal stupid TV shows such as Garfield and SNL but they also create their own shows/commercials that might as well be on TV such as The Adventures of Stealy, Ball Fondlers, Ants in my Eyes Johnson and The Eyehole Man. It doesn’t get any funner than that! These episodes bring a tear to my eye every time cuz I laugh too hard!

Even if you are not a Rick and Morty fan, you have probably seen a reference to this episode somewhere. Rick and Morty have to create a song to please some God and they come up with the extremely catchy song Get Schwifty. Once the God is over Get Schwifty, he demands a new song and the whole process starts again and Rick and Morty once again write a banger called Head Bent Over. If this doesn’t catch your attention… Ice T is featured and he is just a giant crystal that help Rick and Morty along the way.

This is my favorite episode ever! I love all the crazy characters that were created and I love the whole story line. The whole base of the episode is that there is are parasites that disguise themselves as wacky characters to infect more people. To determine who is a parasite and who is not you need to be able to have a bad memory with the person; if you have had a bad experience with a person than they are real. Just to see all these outrageous characters that were made up is super cool. Also this was the episode where the one and only greatest character of all times Mr. Poopybutthole! He is a God and the best character of all times.

Do you agree with my top 5? Let me know what your favorite episode is in the comments and don’t forget to catch season 4 of Rick and Morty this November on Adult Swim!!