Design a site like this with WordPress.com
Get started
Skip to content
Izabella Zadra Music Reviews May 3, 2019May 30, 2019 2 Minutes 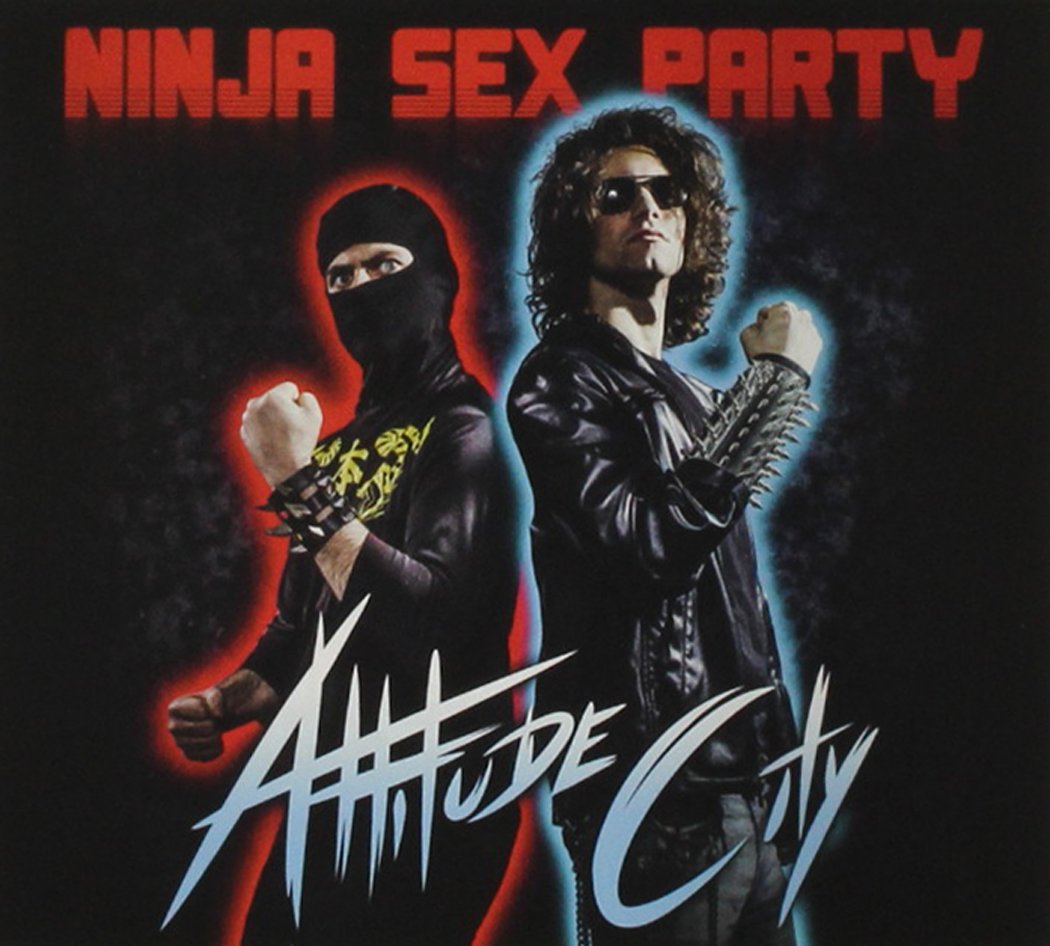 Okay I am so happy that I am finally getting a chance to write about an NSP album! If you are not formalar with Ninja Sex Party, it is a comedy/synth band whose member consist of Danny Sexbang, a handsome jew and Ninja Brian, a ninja. Attitude City is their third studio album and is my personal favorite! All their lyrics are so good that even if you find their music immature and foolish, you are destined to at least crack a smile.

I love that art on the album. It is your typical NSP style, totally 80s cheese. The fonts really work well together because when you see the words ninja, sex and party in one sentence written in giant red letters, you can’t look away. Then you are pulled in by the spiky cuffs on Danny and Brian’s hands THEN you see Attitude City in a badass font and the next thing you know you are giving the dude at Cheapo’s Records 12$.

The music itself is awesome. An NSP staple is that they love to use tons of synthesizers to create an 80s vibe and you can hear these sounds in songs like Attitude City, Dragon Slayer, Samurai  Abundance Patrol, 6969 and Cookies! And I mean that is just on this album, there have like three more that are FULL of synth.

They also create some extremely cleaver (but inappropriate) lyrics such as “I banged Ladesh” in my favorite song on the album Road Trip. It is just crazy to me that they make so many clever remarks that make me think “How the hell didn’t I think of that!” It is hilarious

The sound that this band makes once again is extremely similar to many beloved 80s bands (words of my lovely aunt, Cree) and this is proven from their two cover albums, Under the Covers and Under the Covers Part 2 where they cover some of the most famous 80s jams.

Overall, I would give this album a 4/5. It is just freaking hilarious and I love this band in general. The intense energy that they try to give off on this album when they are clearly not that tough makes everything even better. Go check out their other albums and even their cover songs. Danny is also part of the popular Youtube duo, Game Grumps and both Danny, Brain and Arin Hanson are the three men that created the band Starbomb which writes songs about popular video games (they just dropped their last album like a week ago, it’s pretty good but I prefer NSP over Starbomb). So ya if you get into NSP there are many other side projects that you can check out that have the same type of comedy vibe!

I would like to end this post thanking my friends Tina and David who were the two that really pushed me to listen to Ninja Sex Party and pulled me into this dark hole full of hilarity!