Design a site like this with WordPress.com
Get started
Skip to content
Izabella Zadra 52 Week Movie Challenge 2019 February 6, 2019 2 Minutes 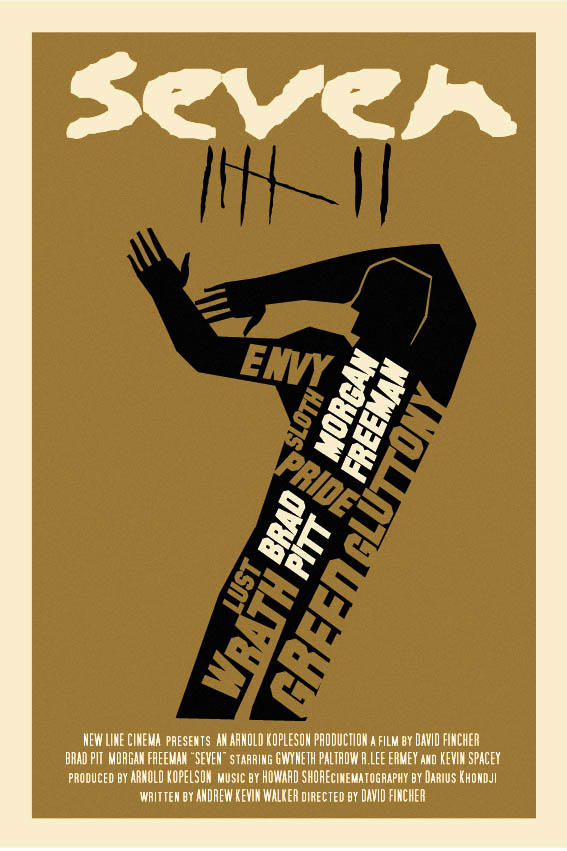 It is week three and I am still going strong with my challenge! This week was a movie that only had a one word title and I have been meaning to watch the movie ‘Seven’ for a while. Now I’m just gonna say it, I am not a Brad Pitt fan. There is something about him that I just don’t get and he is not my favorite. But there is two movies of his that I freaking love and they are ‘Fight Club’ and this one. The movie started off pretty slow and I had a hard time getting into it. After the first 45 minutes things started to kick up and I was like, “Ok, I’m ready to see what is gonna happen.” The whole plot behind this movie was so genius. We watch a lot of Criminal Minds at my house and this movie was something that really gave the Criminal Mind feel. It especially felt like an episode at the end when Morgan Freeman quotes Ernest Hemingway just like the way every episode of Criminal Minds ends. The whole plotline was 100% pure genius. By creating the character of John Doe and having him victim people who have committed the 7 deadly sins is a very interesting move because it is CREEPY!! The whole point of watching shows about serial killers is to frighten the audience and do nothing else but that. By tying religion into the routine of a serial killer is one of the creepiest things ever! And not only did Walker just have the victims take part in one of the sins but he created a plot that really threw the crowd off guard with the ending sitting their right under our noses. This movie had something I like to call, ‘A sixth sense twist’. There are few movies that I have seen that have these ending, but this movie had it. By having the last two sins be such a shock, it gave an ending almost as twisted as the ending from the movie ‘The Sixth Sense’. This movie was also very well casted (even though Brad Pitt was one of the main characters). The character of Mills who was played by Pitt was so aggressive about his job, wanting there to be no flaws and Pitt played this out so well. The other main character, Somerset, is played by the one and only Morgan Freeman who has been soothing us with his voice for many years. In this movie he is kinda the cool cop and is the complete opposite of Mills and having these two counterparts really pushed the tension that was soon to come at the end of the movie. All and all, I loved this movie and it was super interesting how everything in the puzzle fell together therefore I say a 7.5/10. Another successful movie week!