Design a site like this with WordPress.com
Get started
Skip to content
Izabella Zadra Movie Reviews February 6, 2019 2 Minutes 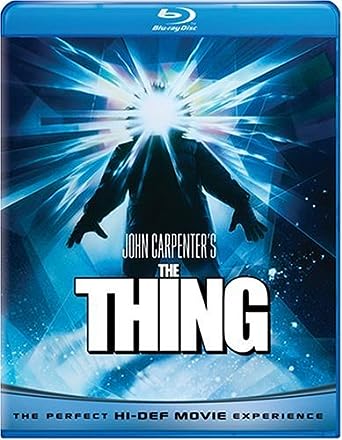 This last weekend my family and I were very VERY sick with the flu and when a better time to watch movies! My math teacher, Mr. Dufferet, told me about this movie and how he looked just like Mac, the lead character, and that this was his favorite movie. Well Dufferet is pretty cool so I thought that I would take his word. Now I have been trying to watch this movie for like at least 4 month but never had time to, but with being sick my dad and finally sat down and watched it. First off, I acually loved the effects. For an 80s thriller I thought all the effects were pretty good looking and were well thought out. This is mostly captured in the scene where The Thing comes out of the dogs and they are big tentacles and then smaller tentacles that are just like aggressively shaking everywhere trying to grasp onto anything they could. I thought it was just so cool. I also liked the idea that you don’t know who is infected or not. It gives that little bit of edge that keeps the audience hooked until they find a way test  the difference between the healthy and the infected, and by this time you are invested into the plot and can’t stop watching. I think that this is just so cool, the idea of burning the blood cuz they know that The Thing will fight back the pain. I don’t get how people think of things like that and it blew my mind! I also LOOOOVE Kurt Russell because he is just so damn cool and as the character of Mac he was even cooler!! I think that this movie was just super interesting and super engaging with all the cool action going on in it and then all the suspense that was also happening.  It was a very well pieced together film with great effects and intentions. I think my all time favorite thing about this movie was the way that the bodies walked when they were infected with The Thing. They just get up and drunkenly run like a maniac at full speed!! This was a tacked to really show that the victims had no control over The Thing and that it was scary where in reality, I laughed so hard I almost threw up. Just, it was hilarious to me. I really liked it and would totally watch it again. I give it an 8/10 and I would like to thank Mr. Dufferet for this recommendation!